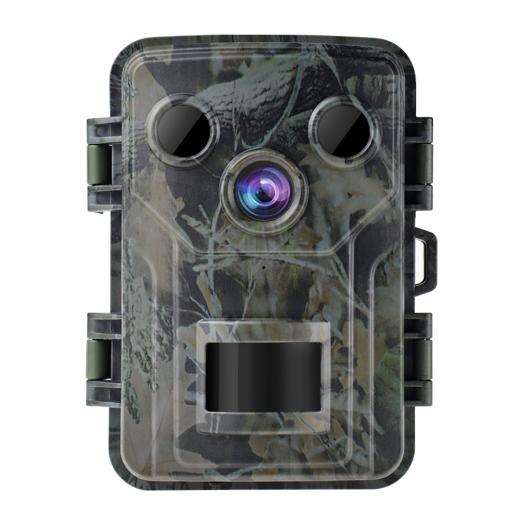 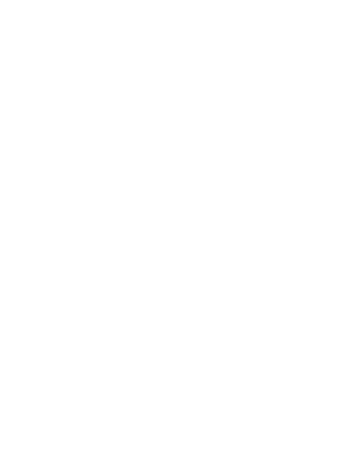 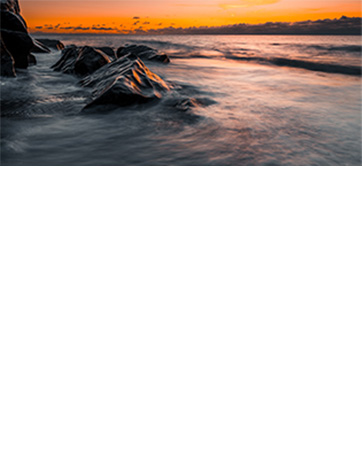 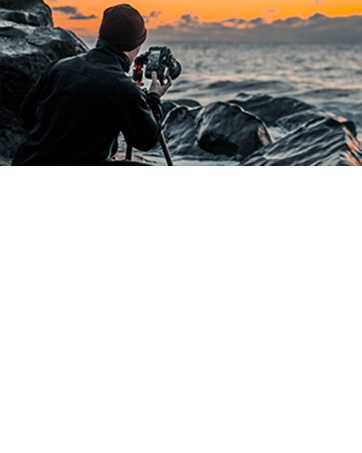 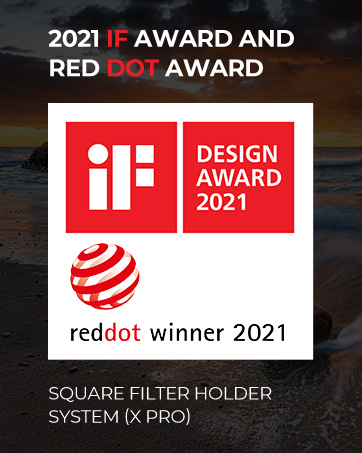 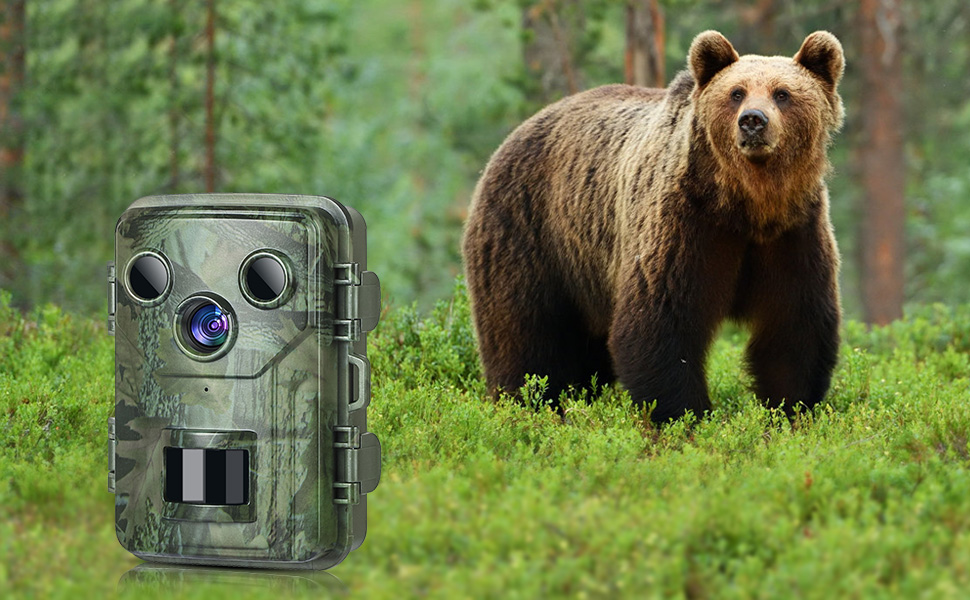 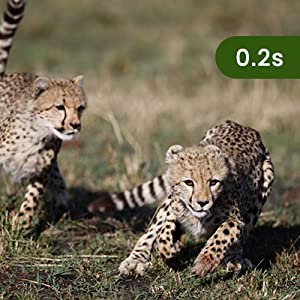 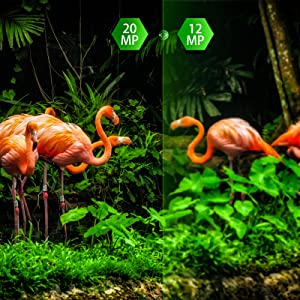 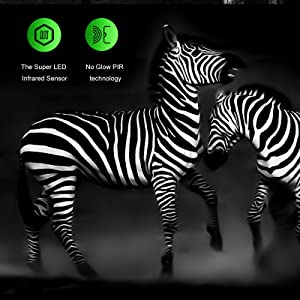 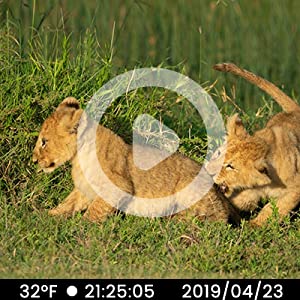 High Resolution Photo And Video
20MP resolution and FULL HD 1080P video automatic day/night sensors ensure crisp and realistic images and videos that take you into the world of wildlife, helping you better understand their daily activities and behavioral habits. 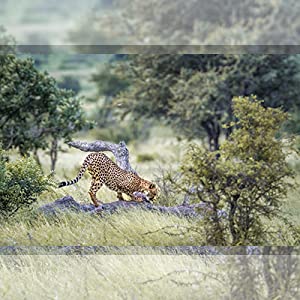 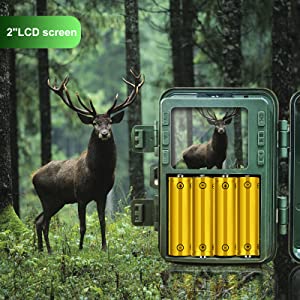 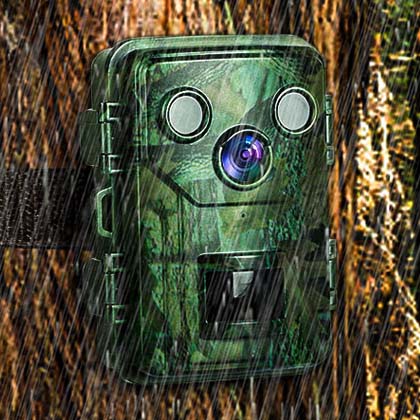 IP66 Waterproof & Sturdy
The hunting cam case has passed the waterproof test up to IP66, protecting it from rain and dust damage. 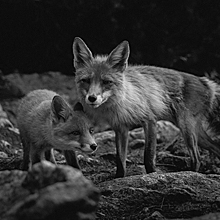 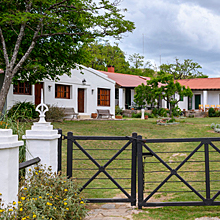 Home Security
The trail camera is also as a home monitor, which would be a multifunctional device. 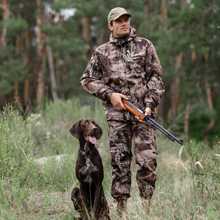 Hunting
Trail camera is a helpful assistant to track animals for hunter. 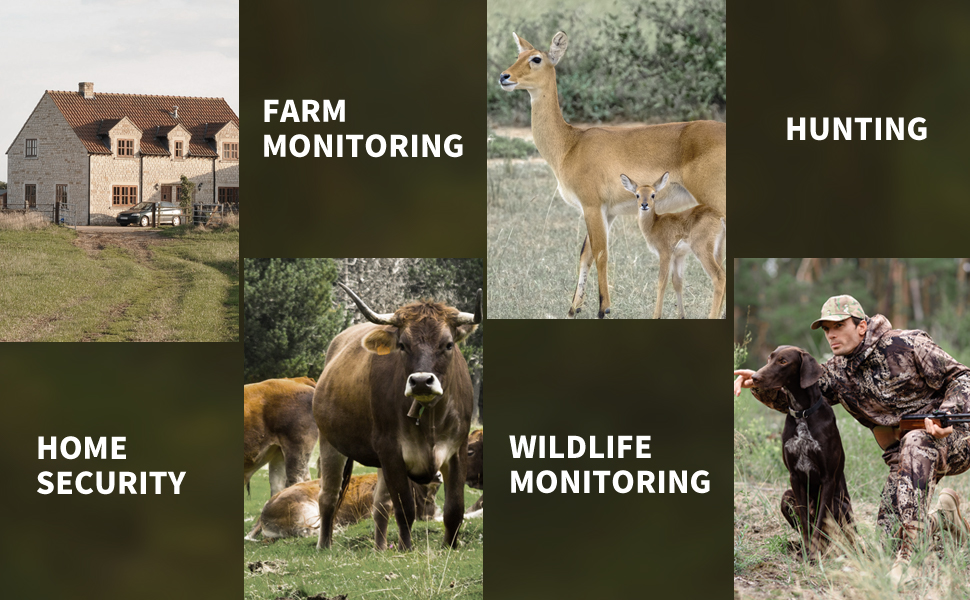 It could not only monitor the wild animals, scout the prey, but also gurad your house and protect your farm from burglar. with a super long standby, it is unnecessary to replace the battaries frequently and gives you a long-term and reliable guard.
Recenzje (26)
Ogólnie 4.7
Albert O.

5
Easy to use and good performance
This is our first experience of a 'wildlife' camera and we're impressed with it. For the money, I think it does an exceptional job. We've had suspicions that an invader has been coming into our conservatory at night and applying it's odorant. On the first night of using this camera, our suspicions were confirmed!We bought a decent micro 64Gb card with adaptor (from Amazon, of course), slapped in some batteries and selected Setup. Anyone with a basic understanding of video/cameras won't struggle with setting it up. I didn't read the instructions and managed to interpret the onscreen, attempted English into something I understood.The results of a night of recording gave us two false positives out of 7 triggers. That's fine by me. Depending on your settings (and activity), 64Gb will most likely cover you for months. I have this one set to record 30 seconds of video for each trigger. The daytime quality is great and the night vision isn't far behind.Positives: 1. Simple to understand 2. Plenty of accessories to meet all sorts of environments 3. Great battery life (experienced so far) 4. Great video for the task at handNegatives: 1. Given the price of the 64Gb card I bought, it should just be included 2. There must be a better power option nowadays? 3. Dubious reviewsHow is this used for hunting by the way???? Do the animals have the same technology? And if you have a rather large, tan and white feline in our area, please ask them to refrain!

5
Just keeps recording in all weathers
I have not had much luck with wildlife / trail / game cameras before this Neewer one came along, with either the photo & video quality not being great, or it just stopping working within a couple of months.Thankfully this little box has all the things you need in a wildlife camera, it's small, rugged, batteries last months and it handles photos and video with equal aplomb. I've tried full HD 1080p to see what animals come into my garden and there's a whole lot of them, from mice, rats, all sorts of hungry sky birds, to cats and foxes (that explains the random poops found in the garden in mornings). Loaned the camera to a relative and she was delighted with wild badger footage.Setting up is reasonably easy (the menus look like they're from an old point and shoot camera), currently using a 32GB micro SD card in an adaptor and I get thousands of jpeg photos on it. The camera takes 8 AA batteries and they do last for a long time with photos, videos use up power a bit quicker. There is also a DC socket if you're near a 12 volt power source. Only thing I tend to forget to do when changing batteries is update the time and date, so I am not sure what time small animal scooted by the sensors, especially if you leave it running for weeks. Oh, it can also record sound with video if you need it.Have found the three sensor wide coverage is enough to trigger a shot at all times of day and night, certainly less chance of missing the action than with cameras with a single sensor (like my previous camera). Obviously when the light dips down to to dusk and then night time, the camera switches from colour to black & white and this camera handles low light pretty well indeed. I do think the IR LEDs are a bit over strong, close up in the centre of the photos, as animals tend to be over exposed.There are two tripod sockets on the back and underside of the camera, plus brackets so you can strap it to a post / tree, etc. Tree affixing kit is supplied in the box, which is helpful. I've been mostly using a small tripod, so I can move it around the garden to see what goes on in different areas at night.It's been out in all weathers and hasn't had any problems with water getting in past the seals, though I do stick a strip of gaffer tape over the top as an extra precaution to stop rain getting in.I think it's a good price, there are many of these cameras on the market now, some are cheaper but you'd be better off paying extra to get a camera that actually works.

4
Wildlife camera that can also be used for security
Really enjoying this Wildlife cameraStrap it something sturdy, turn it on adjust the settings to your liking and awake in the morning and view the footagethe images are of a decent level and the motion detecting is very goodYou do not just have to leave this overnight also works just a well in the day, I found i got better results turning the motion sensor down, and i got less image of the wind blowing something.only issue i had was a little condensation on the lens cover if it is a cold night

5
Excellent wildlife camera producing quality photos and videos. Weatherproof.
There are an absolute plethora of Trail Cameras out there, so I guess it will always be difficult to choose, but this one does what it says on the tin, and pretty well!Usually with this type of item, the instructions are poorly written, often leaving you more confused than before you read them, but I'm happy to say the instructions for this. including a very useful and helpful simple operating instructions version to get you started. It is easier then when a bit more au fai, to get to grips with the more advanced bits.Although you can set angle / sensitivity etc of detection, I have found it works well out of the box with no problemsDay and night detection works well, night time images are pretty good, certainly for the price you'll be hard pressed to better. Daytime images are superb, as you would expect.The camera was very easy to set up, and I have strapped to a tree in my garden - piece of cake.All in all, a very good bit of kit, for which I have a couple of minor gripes (although all of this type of product seem similar in this respect), 1: Rechargeable battery pack would have been nice, although to be fair you can simply use rechargeable AA batteries (it takes 8). 2: Wi-Fi would have been nice to enable download of images. You have to physically go to camera to view, or remove the whole thing / SD card to view / download. Note the memory card type is SD, so if you use a micro SD card, you need an adaptor. Many micro SD cards come with an adaptor anyway. 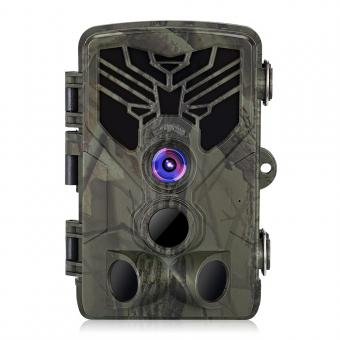 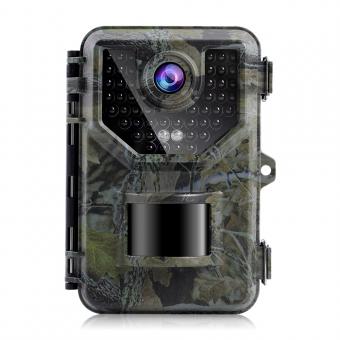 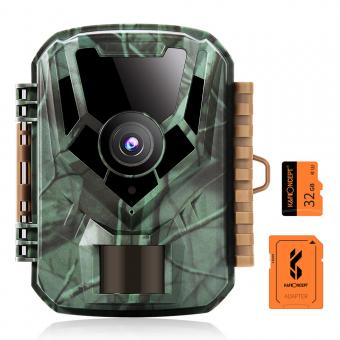 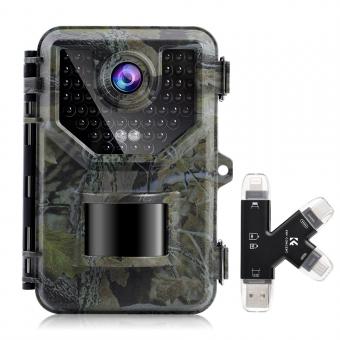 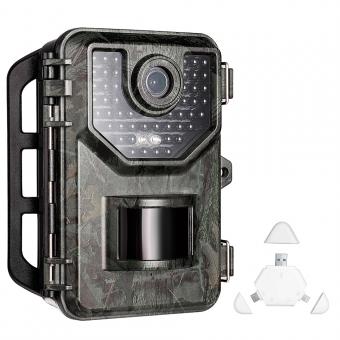 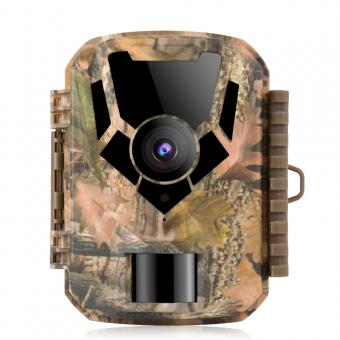 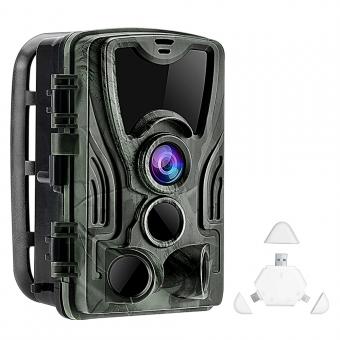 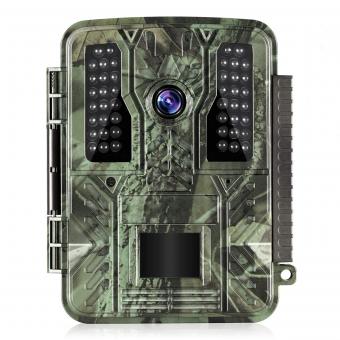 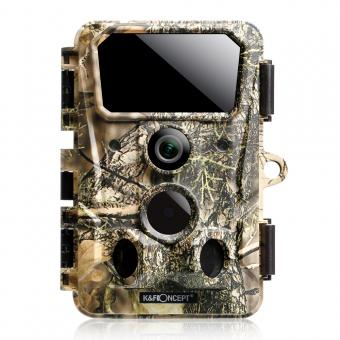 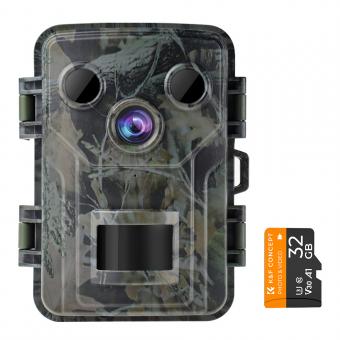